Once on the Ropes, the QR Code Swings Back as Consumers Clamor Contact-free Exchanges

Did you know the Quick Response (QR) code was invented in 1994 by the Denso Wave company? It was initially designed by the Japanese company to track parts as they moved through the automobile assembly process. Interestingly, Denso Wave created this new barcode format with a promise not to exercise their rights on the patent they held for the technology.

Be that as it were, the QR code wasn’t actually introduced to the mainstream public in earnest until 2010. This was the year when the first QR code scanners and readers were released on popular smartphone platforms. Even still, it was 2011 before they began gaining some traction with the general populace. By 2013, once every trade show in the world had used QR codes for their badge/check-in process, the QR code was labeled a fad and fell out of favor, slipping back through the cracks from whence it came just a few years prior.

Fast forward nearly another decade, and QR codes are back with a vengeance. They are quite literally all the rage, and the reason is no secret. The 2020 onset of the (then) novel coronavirus pandemic resulted in global demand for a standard that could convey large amounts of information without humans touching physical items. QR codes provided such a solution.

QR Codes: In Your Corner
A September 2020 survey by Statista (market and consumer data specialists) found that 47% of respondents noticed an increase in QR code use since March of 2020, when stay-at-home orders went into effect for many areas. Another Statista survey reported 32% of respondents had scanned a QR code that week, and only 14% of respondents said they’ve never scanned a QR code. This same study showed that 67% of people had scanned a QR code within the past month. Compare this to a 2014 statistic from BinWise (a bar and restaurant inventory management firm), which found that only 26% of people had used a QR code in the past three months, and the surge in QR code usage due to the pandemic becomes all too obvious.

The QR code solution you likely encountered first, or have seen most frequently, was probably at a restaurant. Pre-pandemic, restaurants would give you a physical menu that was theoretically cleaned throughout the day. Still, we’ve all been handed a menu with marinara sauce running down it, so we know that cleaning didn’t happen often.

Due to the pandemic, restaurants ditched physical menus altogether in favor of either QR codes in tabletop displays or taped directly onto tables.

Some restaurants went a step further, especially those located inside airports or brewpubs. At many of these locations, you not only view the menu from a QR code, but you also place your order, send it to the kitchen, and complete payment — all touchless, all from your phone, all originating with a QR code.

The second-largest consumer sector to adopt the QR code is retail. In fact, Statista shows retail QR code use is on par with restaurant usage. Retailers like Starbucks, Target, Walmart, and Macy’s offer the use of quick, cashierless payments using QR codes. These codes are also featured on retail signage, directing customers to more product information online or to the item in that particular store. While online retailers like Amazon also use QR codes primarily to track shipping, they’re also used for product returns at kiosks and lockers.

Recreation locations and entertainment are other areas where you are likely to encounter QR codes. Even before the pandemic, QR codes were on the rise here, but COVID-19 made them mainstream. Local attractions such as museums, zoos, parks, and movie theaters feature QR codes visitors can scan for information about history, items on display, and more. Of course, many now use mobile ticketing that makes use of QR codes as well.

Banking and payment apps like PayPal, Venmo, and Cash App all use QR code scanning for payments or to add contacts, as do social apps like Snapchat, Instagram, and TikTok. Snapchat and TikTok used QR codes pre-pandemic, but Instagram incorporated the feature in August of 2020.

And we would be remiss not to mention that QR codes are being used by the public health and medical industries to provide contactless check-in and conduct social contact tracing to track COVID-19’s spread. And just like Square remembers your email for receipts when you swipe your card, contactless forms used by the medical industry can pre-fill most of your contact details, saving time for all parties.

Survey Says?
As the data shows, QR codes are back, and it’s very likely that they won’t be leaving this time. Statista reports that with over 85% of Americans owning a smartphone (a 50% increase in 10 years), QR code use is expected to continue rising. Juniper Research (a technology research firm) shows that one billion people will use QR codes just to access a coupon by 2022. And QR codes aren’t hard to generate. There are free QR code generators small businesses can use to create their own QR codes, and free apps are available to scan QR codes. However, these smartphone barcode scanning items aren’t all alike. Some provide free usage via advertising and transmit a user’s location during use. Others don’t. An example: Code Corporation released its safe, secure, and free QR code scanning app for smartphones (on the App Store or Google Play). Called the QRCode Reader, the app merely scans the barcode—it’s not capable of capturing or recording decoded data from the barcode, making it useless to everyone but the person using it to scan QR codes.

Although the QR code was born from necessity, it proved its value nearly 30 years ago and is still doing so today. Even though it’s just old enough to be considered a classic, its recent resurgence suggests the QR code will continue adding value to consumer-facing businesses. 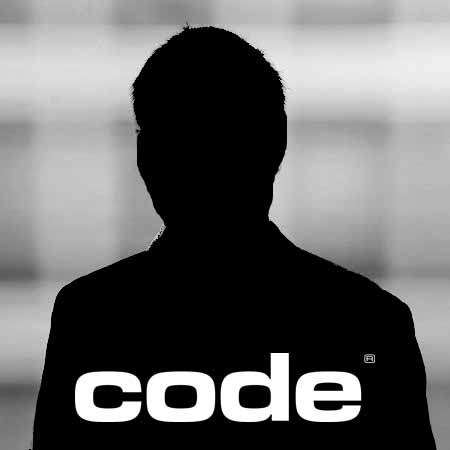